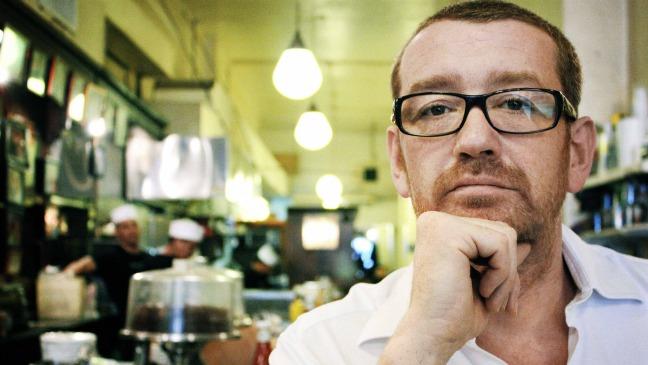 A Trendspotter’s Virtual Notepad: 2015’s People And Places That Matter

In my last post, I wrote about how new concepts are being crowdsourced and incubated, new people are creating new business models, new apps are changing every facet of life, new places are hot, the old is being reinvented to be relevant again, and some simple pleasures are more pleasurable than ever—all the reasons that my work as a trendspotter didn’t ease up after I released a flurry of trend reports for 2015. Already my notebooks and digital files are filling up with ideas of what might be next. Not all of this will make it onto next year’s official lists, of course. Some may fizzle out while others go viral. But since transparency has long since gone from being a trend to being an incontrovertible fact of life, it’s time to share a little work in progress.

With that, I present part two of my virtual notepad and my list of who, what, and where I am tracking as 2014 becomes 2015.

He’s not a household name, but Hamish Hamilton’s work has definitely been seen in our living rooms. The production company he co-owns, Done + Dusted, produces the Victoria’s Secret fashion show, the iHeartRadio Music Awards, the Nickelodeon Kids’ Choice Sports Awards, plus the opening and closing ceremonies at the London Olympics, and more. Hamilton also directs the Super Bowl’s halftime show and will direct the 87th annual Academy Awards in 2015 (as he did last year).

Thor Fridriksson is the Icelandic entrepreneur who started Plain Vanilla Games during the Icelandic financial crisis and went on to massive success with the QuizUp app, a social take on Trivial Pursuit. Danny Seo is a self-styled green living expert and ecostylist who has lines of home goods, sustainable fragrances and organic wines; a nationally syndicated newspaper column; and a new quarterly magazine, Naturally, Danny Seo, named one of the hottest magazine launches of the year by min.

A spectacular reinvention of an Establishment brand is the daughter of socialite C.Z. Guest. Cornelia Guest is making herself relevant for our age with a vegan catering company and cookie bakery, an on-trend book called Simple Pleasures, an appearance in PETA’s provocative “I’d Rather Go Naked” campaignand now a line of cruelty-free (i.e., not made from animals) handbags and jackets.

Alexa von Tobel set out to create a “Weight Watchers for money” and ended up with LearnVest, an online community for women to improve their financial literacy, now valued at almost a quarter of a billion dollars, according to Business Insider, which listed her on its latest “40 Under 40” list.

There’s a massive new breed of YouTube stars redefining what it means to be a celebrity. At the forefront: Felix “PewDiePie” Kjellberg, a Swedish video game commentator who has more than 30 million subscribers on his YouTube channel and pulls in more than $4 million a year.

Millennials aren’t just making waves in DIY entertainment. Ph.D. and cancer-biologist-turned-entrepreneur Natalie Moss launched Millennial Week in June 2014 to fill the need for a conference that engages Generation Y (rather than criticizes it). Drawing almost 3,000 registrants in its first year, the conference, which is based in D.C. but poised to expand nationally this year, focuses on the contribution and influence of millennials in entrepreneurship, politics and philanthropy. Meanwhile, look for Moss as the leader of a meet up discussion at SXSW called “The Millennial CEO.”

I’ve written before about how Brooklyn is a new cool capital—scratch that; make it the sustainable capital of cool. And then there’s Oakland, Calif., now known as Brooklyn by the Bay, a mix of working-class ethnic communities and creative types choosing to cross a body of water for a better (cooler) quality of life.

Nashville has been trending for a while now, for reasons cultural (Jack White, Third Man Records and others are making it cool for a new breed of musicians and music fans), culinary and entrepreneurial. The city’s efforts to attract talented young people and boost jobs and quality of life are paying off in spades. Nashville Business Incubation Center—founded way back in 1986—is recognized as one of the best incubators in the country, and the Nashville Entrepreneur Center has helped more than 130 start-ups, which have since earned more than $100 million and spurred more than 1,000 jobs, and put Nashville’s start-up community on a national stage.

Other meccas for the young and the young at heart: Seattle; Austin (remember my column on “Austin Envy”? Well it ain’t fading…); Portland, Ore.; Boulder (go visit on one of those weed tours, or if weed isn’t your thing, pop over for Boulder Startup Week); Raleigh; Detroit (Venture for America, anyone?); Philly; Bentonville, Ark. (Walmart, anyone?), though all of Northwest Arkansas will be gaining as a place to live/work/play; Burlington, Vt.; Mountain View, Calif. (home of
); Pittsburgh (again see my column on Forbes); Salt Lake City; and Williston, N.D. (join FarmersOnly.com if you’re a guy thinking of heading there).

Cherry-picking highlights from a Business Insider list, here’s what’s hot for 2015, based on where I’ve recently visited and what I think is trending: Lima, Peru, is South America’s foodie capital. Canberra, Australia, was recently named the best place to live by the Organisation for Economic Cooperation and Development. Berlin is still the capital of hipster lifestyle in Europe—and for the ultimate in hipster living, don’t miss White Trash Fast Food (where else could you buy a burger and get tattooed while being entertained with DJs or live music?). Denver is ground zero for weed tourism (although I will deviate from the Business Insider list and say Boulder has the weed and the college town panache, so mix the two cities for a weed-inspired immersion into Rocky Mountain highs—check out my420tours.com.) Finally, Cape Town, South Africa, where new hotels and urban infrastructure projects are making it easier than ever to visit.

Across the aisle, expect Democrats to keep making headlines. Although as Voice of America has explained, the new Republican Congress will likely lead him to change some policies, President Barack Obama is still more than relevant. And we’ll be watching Malia Obama thrive as America’s First Teenager in America as she gets ready to choose a college.

Politics aside, more and more private schools are taking top ranks as best schools. For example, Meritas International Family of Schools is a network of international schools with a common mission to create a personalized approach to learning and turn out graduates who are global citizens with a deep understanding of the world beyond borders—i.e., well prepared to compete in the international marketplace.

Arizona State University’s New American University is a new model for the American research university: an institution that focuses on research that contributes to the public good. And ASU president Dr. Michael Crow has instituted the ultimate good-neighbor policy (now town-and-gown mindset here): ASU assumes major responsibility for the economic, social and cultural vitality of the communities that surround it.

Meanwhile, there’s a new role for “data whisperers” so that philanthropists can measure their impact. New Visions for Public Schools issues real-time report cards on how schools are doing.

At any college or university, entrepreneurship is the hot new major: “Failing Forward” might as well be a degree program. According to research by Shikhar Ghosh, a senior lecturer in the entrepreneurial management unit at Harvard Business School, 30 percent to 40 percent of venture-backed start-ups blow through most or all of their investors’ money, and 70 percent to 80 percent do not deliver their projected return on investment. And this is the ticket to later success.

Stanford, which was Chelsea Clinton’s alma mater, and the University of California at Berkeley are both reputed to be on the Malia Obama list; Yale (alma mater of First Daughter Barbara Bush) is trending, too. There’s also the evangelical Liberty University, in Virginia, where applications have risen 993 percent since 2003 (followed by St. John’s University of Queens, New York, up 321 percent, and Case Western Reserve University in Cleveland, up 294 percent). Another one to watch is Chapman University in SoCal, up over 280 percent, according to the National Center for Education.