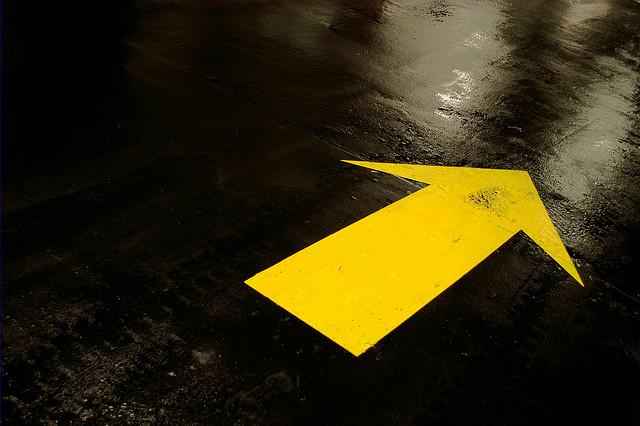 Five Surprising People, Places And Things To Watch In 2015

[This is the final post in a series of six about trend sightings for 2015 and beyond.]

In previous posts, I’ve delved into fashion, beauty, design, marketing, food, business practices, social responsibility, today’s family and more. For my final post in this series, I’m turning to five trends that transcend categorization and at the same time help point the compass toward where our society is going. You likely will have heard of all of them, but their importance might come as a surprise. Here are the mega-influences for 2015:

The New York Times Magazine recently published a stating-the-obvious article about the kombucha-drinking, well-educated, lifestyle-obsessed, open-minded young people of Portland, Ore. As Fred Armisen and Carrie Brownstein would happily tell you, this isn’t really news. But the noteworthy line was buried at the end of the second paragraph: Portland has the country’s second-highest rate of attracting and retaining young college-educated people. Louisville, Ky., is first. HGTV’s FrontDoor blog notes that Louisville “has two personalities. There’s the urban area within the Watterson Expressway belt highway, comprising the old city and its early suburbs. It’s funky, urban and politically ‘blue.’ Yet unlike many older cities, many of its most vibrant neighborhoods never suffered ‘white flight’ and have not needed gentrifying.” And it’s affordable, livable, blessed with good weather, and home to new entertainment and sports complexes, loads of trendy restaurants, a burgeoning tourism industry, smart people, a thriving coffee culture and even its own Museum Row. Named America’s ninth most hipster city by Thrillist, the birthplace of Hunter S. Thompson has a mix of history and amenities that might make it the next Portlandia.

The Year of Joan Didion

“[Joan Didion] cut loose any fixed idea that I ever had about death, about illness, about probability and luck, about good fortune and bad, about marriage and children and memory, about grief, about the ways in which people do and do not deal with the fact that life ends, about the shallowness of sanity, about life itself.” That quote from influential New York Times book critic Michiko Kakutani appeared in a Fall 2014 Kickstarter campaign to fund a documentary about Didion. The campaign reached its fundraising goal of $80,000 in about 24 hours, after a big push from mainstream newspapers (Los Angeles Times, Christian Science Monitor) and the fashion industry, where Didion’s signature look has long been iconic. Vogue, where Didion worked in her early days, ran an exclusive trailer of the film. Refinery 29, I Want to Be Her! (whose author, a former fashion editor, offered up a Didion-inspired wardrobe) and a host of others expressed their wild enthusiasm for the project. The team could have funded the project in many ways, but it chose Kickstarter to “reach as many people as possible.” In this way, they engaged Didion’s fawning fan base from day one, generating early buzz for what will surely be one of the most dissected films of the year.

The Korean Wave Rolls On

Fueled by social media and YouTube, the Korean Wave began as an obsession with K-pop music (remember Psy?) and South Korea’s wacky K-TV dramas (the next Bollywood). Cuisine is the “third member of the Korean Wave triumvirate,” and the South Korean government is harnessing that power. According to The Wall Street Journal, the government spent 21.9 billion won ($19.7 million) in 2012 on the “globalization of Hansik” (Korean cuisine), with former first lady Kim Yoon-ok leading the charge. It worked. An analysis by GrubHub of its 20,000-plus restaurants cited Korean food as the eighth-highest trending cuisine in the U.S., with a 22 percent increase in popularity from 2012 to 2013. And the wave rolls on: The New York Times reported on the growing popularity of South Korean skin-care products, and Women’s Wear Daily looked at the mushrooming presence of South Koreans at Fashion Week, noting that the country was once considered purely a consumer market but is becoming a trendsetting region.

(This is an observation about the success of a magazine and a trending geographic culture, not an endorsement of guns.) While other magazines struggle, Garden & Gun’s print and digital readership is skyrocketing. Founded by former New Yorker publisher Rebecca Darwin, the magazine is a love letter to the American South of hunting, skeet shooting, farm-to-table food, craftsmanship, the blues, bourbon and bow ties. Since the magazine launched in 2007, paid circulation has grown by more than 140 percent. Major advertisers like Brooks Brothers, Tag Heuer and Ralph Lauren are on board, and the magazine has received numerous awards, including being selected as a 2014 American Society of Magazine Editors finalist for General Excellence in Style and Design. There are three primary reasons this magazine has struck such a chord: 1) the content: crisp layouts, compelling photography and great writing by beloved Southern writers like Pat Conroy and Julia Reed; 2) the tiered-membership strategy, which The New York Times called a “very modern approach to publishing”; and 3) the subject matter, which taps into the hip and historical appeal of Southern cities from Charleston to Savannah, New Orleans to Charlottesville and San Antonio to, yes, Louisville.

Nicknamed the “anti-Facebook,” Ello is the enterprising entrepreneurs’ response to the way Facebook and other social networks mine and sell user data for profit. The service, which doesn’t have any ads, launched in August with about 90 users, mostly friends of the designers who created it. Soon the invitation-only site was reportedly receiving up to 50,000 requests per hour. It now has more than a million users, with another 3 million on the waiting list. In October, Ello raised $5.5 million from venture capital investors to grow its service. The business strategy is the “freemium” model, earning money by offering certain features for a price. It’s not clear yet if those millions waiting to join are also waiting to pay for top-tier service, or if Ello can sustain itself without that. Will it continue its explosive growth or remain a niche site for artists, designers or those for whom privacy is paramount? And as brands flirt with the platform (they already are), how will users respond?