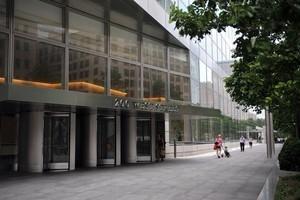 Is There a Future for the Brand Who Bashes? (Or, What’s Next for Greg Smith?)

Greg Smith, the disillusioned Goldman Sachs employee who left the firm in March with a scorched-earth op-ed in TheNew York Times, is back in the news as his tell-all book hit shelves last week. Whether he really pulled back the curtain on the Goldman brand or he’s just a faddish manifestation of the power of the electronic soapbox, with some help from print newspapers (his kiss-off essay took Facebook and Twitter by storm within minutes of going live on the Times’ site), he has undeniably become a brand in his own right.

But is it a brand he really wants to claim as his own? Is there a future for the disgruntled employee turned whistle blower? Rumor has it that his advance for Why I Left Goldman Sachs was $1.5 million—a tidy sum, to be sure, but equal to his compensation for several years at Goldman, where he was reported to have made as much as $500,000 a year. And then what? What financial services company is going to hire him? Is there a place for him on the lecture circuit? Another book deal?

I doubt it. The backlash against him had begun even before the book was released. Reviewing a leaked advance copy, New York Times business reporter James B. Stewart pointed out factual shortcomings and lack of substantiation, and he posited that “Mr. Smith’s book might even bolster Goldman’s reputation. After all, if Mr. Smith is the ultimate insider, and this is as bad as it gets—Mr. Smith in a hot tub at the Mandalay Bay Hotel in Las Vegas with a topless woman—then he hasn’t made much of a case.”

An anonymous former Goldman banker blogging on Business Insider used the book release as an opportunity to “vent” about the “ridiculous” op-ed. He compared Smith’s “unfair fight” with Mike Tyson’s tactics and called his assertion that “Goldman has changed” in the past decade “complete malarkey.” Huffington Post Chief Financial Writer Mark Gongloff lamented the book’s “cheesy anecdotes” and Smith’s “goofiness and naiveté,” even as he called the book a “public service” that gives us “a portrait, in Proustian detail, of a world and a mentality that is utterly alien, and should be infuriating, to most of us on Main Street”—but one delivered by a flawed and dented messenger.

That’s a far cry from Smith’s hero status back in March when his op-ed went viral. Speaking truth to power, he charged that Goldman’s environment was “toxic and destructive” and that it needs to “weed out” its “morally bankrupt” employees. He stated that “[i]t makes me ill how callously people talk about ripping their clients off.” He was hailed for having the courage to tell it like it is. But his takedown quickly became the talk of the Internet, rivaling Matt Taibbi’s famously memorable “giant vampire squid wrapped around the face of humanity” analogy.

It goes to show how fickle your followers (i.e., anyone who has paid any attention to you) can be. The future is dicey for the brand who bashes, whether it’s a corporate whistle blower or a wronged ex-spouse getting revenge by writing (or tweeting) a tell-all.

In our age of radical transparency and everything communicates, almost all of us have an inner whistle blower just dying to blow and no shortage of ways to blow it. But maybe our grandmothers were right: If you can’t say something nice, don’t say anything at all. Taking the high road might not land you 15 minutes of fame, but it will spare you the backlash that so often follows, and it won’t compromise your future.