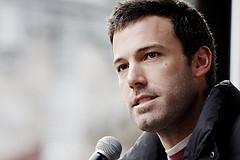 Ed Koch, Rudy Giuliani, Fiorello LaGuardia: The mayors of New York City have long been men with outsize personalities and strong personal brands. Not only have they had one of the most influential, highest-profile platforms in the nation, but they’ve also been strategic about positioning themselves and shaping the way others see them and their legacies.

The city’s current mayor, Michael Bloomberg, has taken that tradition to new heights. He was a brand before he took office in 2002—the media company that made him a billionaire bears his name and is even expanding across the pond (along with other Bloomberg ventures). Still, Bloomberg the mayor has developed a personal brand that’s even better known.

As mayor, Bloomberg’s brand has been freethinking (he changed his party affiliation to Independent in 2007), Teflon (he was willing to risk making enemies and being criticized for imposing nanny-state measures when looking out for New Yorkers’ health by outlawing smoking in bars and proposing a soda ban), private (he has taken unpublicized jaunts to Bermuda), rule-breaking (he changed the term limit laws so that he could stay in office), intolerant (witness any number of answers given at press conferences), philanthropic and impassioned (about important issues such as climate change and gun control).

He has created some big shoes to fill, and now that the 2013 mayoral race is starting to shape up, it will be interesting to see who steps up to fill them and what their brands will bring to New York City.

One strong contender is Joe Lhota, the former Metropolitan Transportation Authority chairman, who formally announced by Twitter that he had entered the race as a Republican candidate. Around that same time, a Quinnipiac University poll found that he’d get 23 percent of the vote—more than all the other, “largely unknown” (read: unbranded), candidates combined. (Admittedly, “Undecided” got an even greater share, at 53 percent, and the pollsters found that he’d likely lose to the Democratic candidate.) And Lhota got the endorsement of “America’s Mayor” Giuliani (a branding/nickname from his heroic response to 9/11) more than a month before he even threw his hat in the ring, with Giuliani saying, “He’d be exactly what New York City needs.”

It’s worth pointing out that Lhota was a deputy mayor during Giuliani’s administration and worked side by side with him to help the city recover from the tragic terrorist attacks. Not that he did any of the difficult things he did in order to polish his image or medial profile, but that’s a powerful thing to have as part of your personal brand story.

In a city as profoundly Democratic as New York, however, Giuliani is likely not a brand any candidate wants his own brand to be too closely associated with. Although Lhota was seen as a voice of reason in that Republican administration and was one of few Giuliani officials who was praised in the liberal Village Voice, his tenure turned out to be a mixed blessing. Perhaps that’s why Lhota has already gone on the offense, telling New York, “I am not a tool of Rudy Giuliani,” in an article that describes him as “a forceful personality, an independent thinker, very much his own man.”

After Giuliani left office, Lhota landed in the private sector, working at Cablevision and Madison Square Garden (and battling lymphoma, another unfortunate event that happens to add sympathy to his personal brand). He went back into public service when Governor Andrew Cuomo charged him in 2011 with running New York City’s sprawling transit system.

Lhota spent his first months trying to untangle the MTA’s finances, then Hurricane Sandy hit, drowning the subway system. Tunnels were flooded floor to ceiling, and it was assumed they’d be out of service for weeks, if not months. Lhota oversaw the authority’s remarkable response—getting every line up and running again (if not quite the full route) less than two weeks after the storm and, equally important, communicating constantly with riders about the status of the restoration on the MTA’s website and Twitter feed.

New Yorkers respect him for that, and Mr. Fixed the Subways is a solid brand to have. But then again, New Yorkers loathe the MTA in general (and the latest in a long line of fare hikes, going into effect in March, is likely to make things worse). That’s not a brand most politicians would want to be too closely aligned with.

So the challenge for Lhota will be building a brand that simultaneously plays up his achievements and heroism, both with Giuliani and with the MTA, and distances himself from his organizations. It’s a delicate balancing act, and I’ll be eager to see how well he pulls it off.

And there’s another wrinkle: Even though Lhota is insisting he wouldn’t be Giuliani 2.0 and is playing up his “willingness and openness to talk to everyone everywhere in the city” (a key part of all successful personal brands these days), as he told the New York Daily News, there’s a brand story in development here for Rudy as well. If his onetime deputy, who has Giuliani’s strong endorsement, wins, how could that not reflect positively on his own mayoral legacy?

Now just a few weeks after the death of Ed Koch, who turned mayor of New York City into a global brand, it’s almost sacrilegious to debate mayoral branding. And yet, he’d be the first one to be reminding everyone in the field: Ask ’em how you’re doin’.