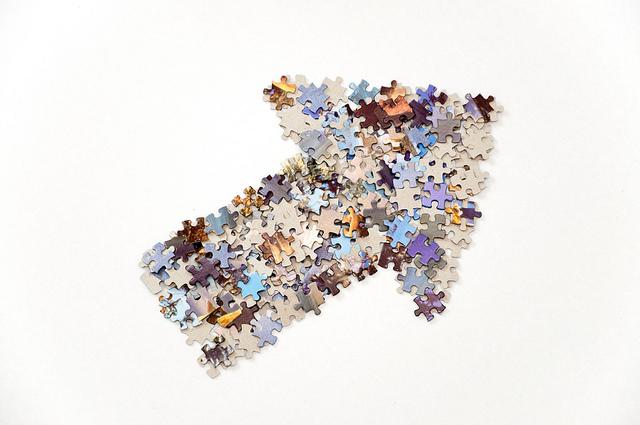 Next Year In Family, Caregiving And Stages Of Life

[This is the fourth in a series of six posts about trend sightings for 2015 and beyond.]

My colleagues at Havas Worldwide and I launched our annual trends report last week, which forecasts an übertrend for the next 12 months of everyone focusing on their individual selves, from self-tracking to self-improvement and more. The report’s nine other trends center on the global middle class, the desire to be memorable, bugs, safe eating, frenemies, women, wild things, small business and the new local. We’ve also come up with a massive list of sightings about what’s next, which we’ll release in January but are previewing in a series here over six days. Many of them have obvious implications for marketers.

The concepts of family, parenting and life stages have taken on new relevance and economic significance as baby boomers continue aging, younger adults find themselves squeezed in the sandwich generation, and the lingering hangover of the Great Recession has created a boomerang generation of un(der)employed millennials who return home to live until well into their 30s. That’s a lot for Americans to navigate.

Below are some sightings for the near future related to these changing relationships:

“When the Diagnosis Is Rare, Parents May Know More Than Professionals” was the headline of a New York Times article this fall. It describes how parents of children with rare diseases have used online medical literature and information-sharing tools to become so knowledgeable about their children’s conditions that they serve not just as advocates but also as the deferred-to decision makers. “Especially in the rare disease community,” the article explains, “parents’ knowledge can often easily surpass that of the children’s doctors.” According to Children’s National Health System, “Patient advocacy and parent involvement for children with rare diseases also [are] expanding.” Researchers now meet with parents to present findings and learn what’s important to them. It is in part because of parent involvement that Children’s now believes that drug development for many rare diseases is at a tipping point toward providing treatments that will transform many lives.

When It Comes to Kids, There’s a Bonus to Being Bored

Rosemary Milliman, principal of the lower school at New York’s prestigious Trinity School, routinely tells the parents of Trinity kids that the best thing they can do for their children is to allow them to be bored. Let home provide the ordinary, she says, while school provides the extraordinary. Countless experts suggest that unstructured time fosters creativity, self-sufficiency, independence and problem solving. Having “nothing to do” is an opportunity for children to flex their imagination muscle—perhaps the most important one they have. The call for boredom is a reaction to the helicopter parenting and overscheduling of upper-middle-class children today. In a post this summer called “Dear Children: Let Me Explain This Thing Called Summer,” the mommy blog We Are THAT Family summed up the new thinking:

“[F]or a long time, I provided The More. I bought into this lie that it’s my job to make my kids’ childhood magical and fun and [every day] an adventure all about them… I have fed the entitlement beast and when it rears [its] ugly head, my children aren’t the only ones to blame. Our children need to be bored. They need to kick their feet and wait outside of bathroom doors, unanswered. They need to be sent outside or to their rooms to play. They need to turn over the bag of tricks and find it empty… They don’t need a plan for entertainment. They can create their own. And that’s when summer gets magical.”

As baby boomers age, and with people living longer than ever before, a growing demographic of caregivers has emerged—some 65 million individuals who provide unpaid care for a friend or family member with a chronic health condition. For these caregivers, the financial responsibilities, time demands and stress take a toll. Enter technology. According to a study by Pew Internet & American Life Project, “caregivers are heavy technology users and are much more likely than other adults to take part in a wide range of health-related activities” online. So in addition to supportive publications (like Today’s Caregiver), nonprofits (Family Caregiver Alliance and Caregiver Action Network among them), and government-funded and private programs, a number of new technologies are aiming to help. New apps include features ranging from disease information, medicine management, symptom logs and medical history to support groups and tools that allow sharing of schedules and information with other family members.

Death and taxes might be certain, but the ways mourning, bereavement, death rituals and loss play out online are still evolving. Last spring, The New York Times touched on the evolving social norms for loss in the Internet Age: Should you “like” a Facebook post announcing the death of a loved one? Is it OK to text a funeral home to request a picture of your mother’s corpse? What about selfies at funerals? The article also discussed new websites that deal with grief, from Modern Loss to Lisa Frank Mix Tape. And then there’s the question of what happens to someone’s social media profile after they die (see Mashable) and whether it is acceptable to tweet about a loved one’s impending death from her bedside (The Atlantic).