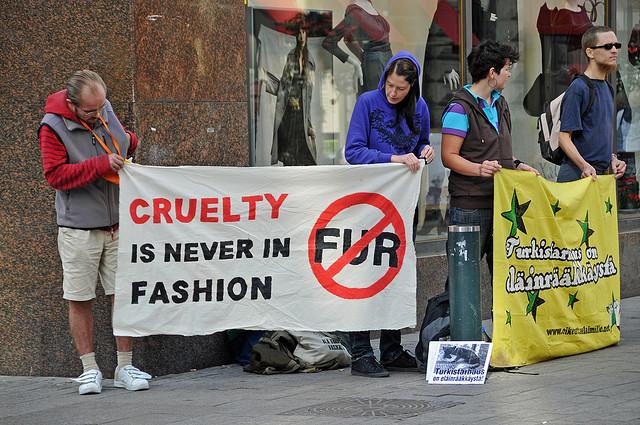 Next Year In Fashion, Beauty And Design

[This is the third in a series of six posts about trend sightings for 2015 and beyond.]

When many people hear the word trend, their mind first goes to fashion. Even though the cultural phenomena that I like to call Future Headlines exist in every discipline, many of us don’t recognize them as trends. A suddenly popular food, like the dressed-up biscuits that are the latest “it” meal, isn’t seen as a trend—it’s seen as the best thing ever. We believe new, of-the-moment business practices are simply the future, not ideas that come into vogue and fall back out.

Fashion, however, along with her sisters beauty and design, are obvious trends. We expect them to be in Vogue, then not in vogue. Each season, we look forward to seeing what ideas will take root thanks to the blessing of designers, creative directors, stylists, celebrities and, increasingly, bloggers and social media stars.

Here’s what these early-adopting tastemakers have brought into the mainstream for the coming year:

Your “went to the gym and skipped the shower” look is now chic. Chanel has debuted an athletic-themed lineup, Alexander Wang’s H&M collection combines couture and sport, Net-a-Porter launched a Net-a-Sporter channel ($250 yoga jumpsuit, anyone?) and the hippest store in the Hamptons sells workout wear. Tory Burch, the princess of pulled-together, is coming out with a sport line in early 2015, and Beyoncé announced a partnership with Topshop for an athletic streetwear brand. Indeed, sneakers have replaced stilettos as every style maven’s favorite footwear. Denim sales are down (and yoga pants are up). The new athleisure is part of our healthier (but hectic) lifestyle: We prioritize working out, but we’re too busy to change. Or we just want approval to wear elastic waistbands around our ever-expanding midsections.

Designers and retailers are following the lead of Vivienne Westwood, Ralph Lauren and other top brands and forgoing fur. Last year, West Hollywood banned the sale of fur in its tony boutiques. This year, London’s hot Mahiki nightclub announced a new fur-free dress code. And Piperlime, a subsidiary of Gap Inc., said it would stop selling fur after a petition from a woman in Virginia gathered more than 50,000 signatures on Change.org. The holdouts are coming under pressure: The international animal welfare group Four Paws (which successfully pushed Patagonia and the North Face to create standards for ethical down) just launched a campaign against Burberry. Last year, PETA released undercover footage from a Chinese angora farm, and after pressure from a group Jezebel described as “every human with a conscience,” Zara, Gap and other retailers temporarily banned angora.

With roots in normcore and the tomboy style that has been popular in recent years, today’s androgyny takes in closely cropped hair, oversize silhouettes and skinny black suits with collared shirts. “[F]or fall 2014,” wrote Vogue, “we’re seeing unprecedented gender fluidity on the runway—womenswear borrowing from menswear borrowing from gals borrowing from the boys—describing clothes in terms of traditional ideas of aesthetics of the sexes feels inaccurate, not to mention stale.” Celebrities like Ellen Page, Tig Notaro, Tilda Swinton, Milla Jovovich, Jared Leto and Annie Lennox are known for their androgynous style, as are bloggers like Leandra Medine of Man Repeller and Emily Weiss of Into the Gloss. Even Gwyneth Paltrow and model Cara Delevingne have made headlines recently for their androgynous fashion choices.

The most popular look in beauty right now is … a lack of one. Skin care now matters more than makeup; you’re better off splurging on night cream than concealer. Terms like glowing, radiant, no-makeup and natural make headlines galore. A few examples: “Taylor Swift’s Pretty, Glowing Skin on ‘David Letterman’—How To” (from Hollywood Life, which says, “Her skin was glowing and she ditched her usual red lip for a more natural beauty look.”); “3 Fall Food Face Masks for Glowing Skin” (Health); “How to Get Seriously Radiant Skin” (Allure), “8 Easy Ways to Get Glowing Skin by Spring” (Glamour), “How to Do a Natural, No Makeup Look” (Real Simple) and “The Skin Care Routine You Need to Get Glowing in 2014” (Popsugar). Today’s “effortless beauty” reflects the #NoFilter revolution—or as beauty expert Mary Alice Stephenson put it, “Natural is the new airbrush.”

Once we just used our phones to call people. We now expect them to take pictures, keep our appointments in order and entertain us. So it’s no surprise that we want other products to multitask, too. Technological advances (and Kickstarter campaigns) are keeping up with consumer expectations. The list of products that do (or claim to do) double or triple duty is growing: “Smart” shapewear like FarmaCell is created to massage and therefore, says the company, smooth your skin; Wool & Prince makes microfiber wool shirts that it says can be worn 100 times without washing; and Ministry of Supply’s Apollo dress shirt uses temperature-regulation technology developed by NASA to cool the body.

Combining a DIY spirit with technological savvy and a belief in collaboration, the Maker movement encompasses hobbyists, enthusiasts and students who seek to be the Benjamin Franklins of their time. They embrace electronics, robotics and 3-D printing, right alongside woodworking and crochet. Make magazine started Maker Faire, a (wildly successful) family-oriented showcase of the most creative makers of our time, and last year it operated its two flagship faires in New York and the Bay Area. Around the world, 98 other such events were produced independently. This past summer, President Obama hosted the inaugural White House Maker Faire, pledging his support to the tradition of American manufacturing and entrepreneurship.

The DIY movement reflects our collective yearning for simpler times, when we all made things with our own hands. But not everyone’s hands are so skilled, and while sites like Pinterest and Houzz provide endless inspiration, they don’t necessarily turn good taste into talent. A new breed of design consultants has emerged to fill the gap between hiring an old-school full-service decorator and going it alone. Startup Homepolish, now in 12 locations, is getting a lot of hype for its reasonable prices and influential clientele. And at InBox Interiors, a virtual consultancy helmed by renowned designer Tobi Fairley, you get a furniture plan, fabric and paint samples, a shopping list and detailed instructions—at far cheaper rates than hiring Fairley to “do” your home the old-fashioned way. They’re tailored fits for a generation of young homeowners raised with access to countless ideas, a cost-conscious mindset and a crafty spirit. 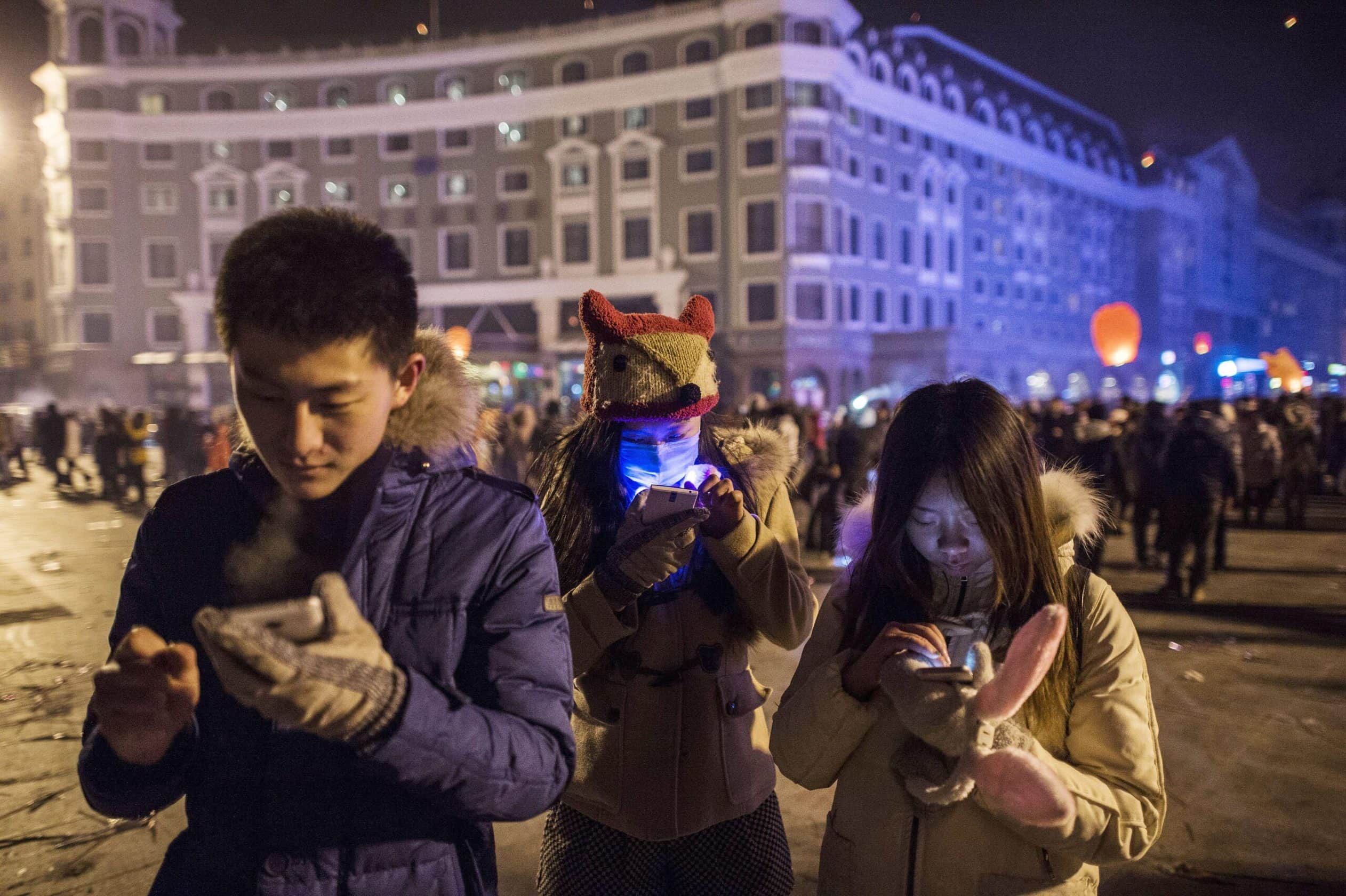