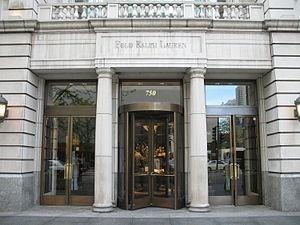 Turning Your Name Into a Brand

To a certain extent—in this age of marketing ourselves, finding our niches and explaining how our distinctive personal backstories make for unique selling propositions—all our names are brand names. But some have gone above and way beyond.

That’s especially true in the world of fashion, where some of the most iconic brands have long outlived their namesake founders, even though their current creative directors are fashion celebrities in their own right. Think of Karl Lagerfeld for Chanel, Marc Jacobs for Louis Vuitton or Alexander Wang for Balenciaga. The creative directors come and go, but the brands have truly transcended time and genre to become household names around the world.

Some modern-day designers are doing the same thing, building brand identities around their names and personalities (or personas), which stand for much more than slim-cut suits or universally flattering wrap dresses (no offense to Hedi Slimane or Diane von Furstenberg).

I’m thinking about Ralph Lauren, whose name (which actually isn’t his given name) is synonymous with a wholesome, all-American New England preppy chic. Or Donna Karan, who stands for ethical consumption and ageless style. Or Tommy Hilfiger, who conjures up a kind of freewheeling, multiculti gathering, a super-inclusive extended family we all wish were part of. Even when their founders leave the business, these brands will continue to stand for the same thing.

And Kenneth Cole has proven to be a genius at defining himself by making a stand. Instead of being known for selling mid-range shoes, he has taken risks and become a voice of consciousness. An article in Success celebrated the designer by looking at the “connection between … success and the journey it took to get there. Kenneth Cole has made that journey, as an entrepreneur, as a designer and as a man with a message.”

As he wrote in his 2003 book, Footnotes: What You Stand for Is More Important Than What You Stand In, “It’s great to be known for your shoes, better to be known for your sole.” He’s the primary writer and director for his company’s ad campaigns, raising awareness and funds for many causes. He launched his first ads asking people to support AIDS research in the 1980s, when the topic was still fairly taboo. It raised eyebrows as well as support. This year, he took on political campaigns.

Cole has won awards for his humanitarian work, but the social dimension has also proven to be terrific marketing that differentiates him in a crowded marketplace. One of his taglines went something like this: “You can change your outfit, or you can outfit change, or both.” It’s a formula that has resonated with consumers and led him to great achievements, even if he’s not always following a formula. As he was quoted in the Successarticle, “There are no hard and fast rules. That’s part of being a successful entrepreneur—the ability to not be married to a specific path.”

In a much less wholesome, but no less impressive, vein is Dita Von Teese, the burlesque performer (and former Mrs. Marilyn Manson) turned brand mogul who was recently interviewed in a glowing New York Times profile. “I’m a magician,” she told her interviewer. “I make you see something that wasn’t there before. [That’s] the very definition of power and glamour.”

Little wonder that this latter-day pinup girl has a capsule fashion line with the Australian retailer Lime Door. The collection is the fabric version of Von Teese herself: curvy yet covered up, slightly retro, and glammed up with silk and tulle details. It follows on the heels of her forays into fragrance, cosmetics, lingerie and seamed hosiery that, says the Times, “are expected to cement her status as a purveyor of genteel kink,” a move that seems plausible given the success of Fifty Shades of Grey and the mainstreaming of “deviant” culture.

Evolving with part of that new cultural group is the doyenne of domesticity, Martha Stewart, profiled in another recent New York Times article that emphasized all her new young, tattooed fans. The article’s best quote came from her namesake magazine’s editor in chief, describing the current readership as “the intersection between Colonial Williamsburg and Williamsburg, Brooklyn.”

She has done that partly by taking her original brand identity and importing it to new media. Even amid questions about her management acumen, her personal brand is on the upswing. Her company’s primary website, MarthaStewart.com, has seen a 40 percent increase among visitors between ages 18 and 34 every month since January. The number of women watching her videos has increased 172 percent, and the group who views her content on a smartphone grew 168.3 percent in the past six months. Stewart herself is embracing this new audience, sponsoring events that draw a younger demographic of crafter-entrepreneurs.

Ironically, it seems that her stint in prison after a 2004 conviction seems to have only enhanced her cred with this new generation. A young Brooklyn fan was quoted in the article as saying, “She’s such a Suzy homemaker and also did some time in the joint. That has helped cement her iconic image. Before, she was someone your mother would follow.”

Like Kenneth Cole, she understands that part of turning your name into a brand is letting it evolve with the times.