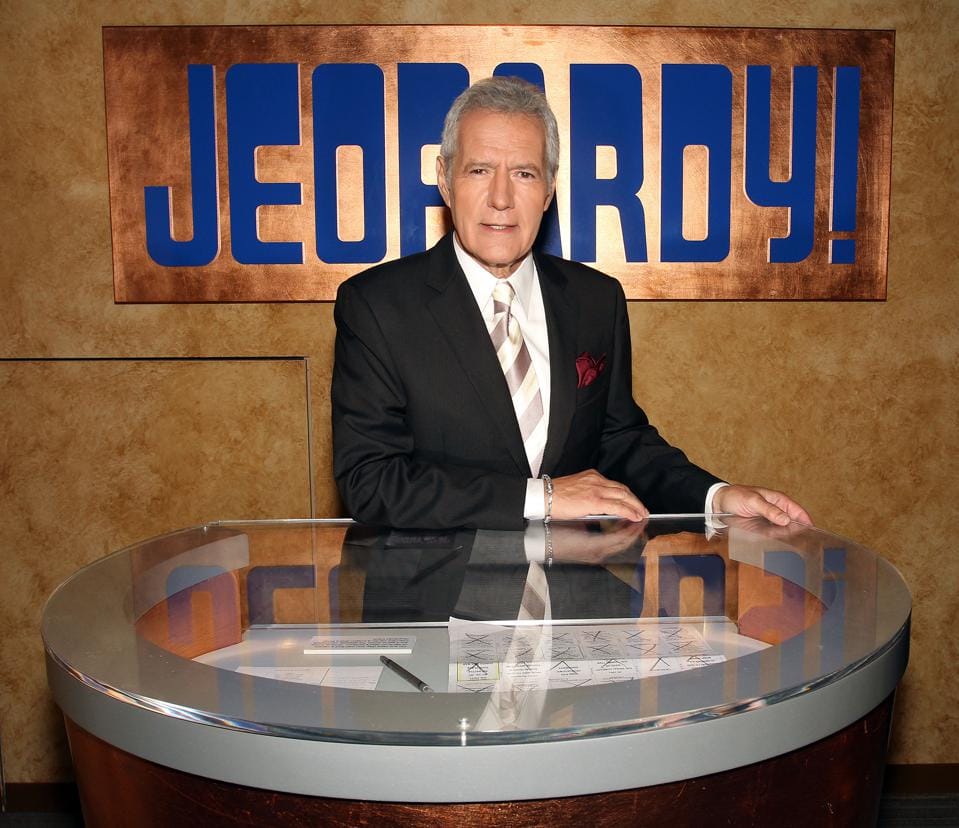 What Alex Trebek And Jeopardy! Can Teach Us About Marketing

In a year filled with loss, Alex Trebek’s death last month seemed like a case of piling on. For millions of viewers, Trebek’s Jeopardy! was a constant at a time when little else in the world seems certain. An oasis of intelligent discord and normalcy in an era marked by chaos and combativeness.

For me, the true magic of “America’s Favorite Quiz Show” and its perennial host is that they celebrated intelligence and knowledge without being in the least bit elitist or exclusionary. They managed to infuse dry topics with humor and, for the most part, skirted politics and hot-button issues, allowing the program to be for everyone, not slotted into either the “red” or “blue” column, which is all too common in TV Land today.

There is much we can learn as human beings from Alex Trebek in terms of the grace with which he dealt with his illness and the steadiness of his hand on the tiller. I think it is also worth considering what lessons we as marketers can take away from Trebek’s three-plus decades on the show. What better way to honor the man’s legacy than by continuing to learn?

Years ago, I strode through a friend’s living room while her parents were watching Jeopardy! and casually blurted, “What is The Marriage of Figaro?” I’m certain the only reason I got the answer (question?) right is that I know pretty much zilch about opera, and so I had a severely limited range of options from which to choose. Nevertheless, I was the hero of the moment—lauded for my cultural savvy.

Since the advent of radio and television, audiences have loved programming that tests their knowledge of pop culture and facts. From Information Please in the 1930s to The $64,000 Question in the ’50s through to today’s Hollywood Game Night and Mental Samurai, audiences have shown an outsized appetite for trivia challenges. The payoff comes in entertainment, education, and feelings of being smarter than those schmoes who know less than you do. That same dopamine seeking-reward loop that keeps you scrolling through Reddit hours after you should have been asleep is part of what keeps you coming back for more.

You’d be hard-pressed to find a family excited to sit down for a 30-minute regurgitation of seemingly random facts about classical music, books in German, Ancient Rome, films from the 1940s, the Periodic Table, and Alaskan geography. And yet, that’s exactly what Jeopardy! has managed to do. As so many parents have discovered during this year of remote schooling, there is a huge difference between education and edutainment. Kudos to all those educators who have managed to make Zoom learning fun.

Marketers would be wise to see themselves as “edutainers” too, tasked not only with delivering information to their audiences but with making the experience enjoyable. Take a look at the Cards Against Humanity (CAH) website. The makers of the “party game for horrible people” keep every aspect of their communications on-brand (like it or not). Site features include a “Your dumb questions” FAQ and a “Submit bad idea” button. Their “Contact us” instructions: “Take a deep breath. Contemplate the transience of all things. In your mind’s eye, envision the faces of everyone you love and everything you hold dear, and let them go. Then email us at Mail@CardsAgainstHumanity.com.”

CAH clearly recognizes the value of injecting fun and irreverence into what would otherwise be boring and undifferentiated web copy. And it works. I can’t remember any other time I’ve read through an entire FAQ when I didn’t actually have any Qs.

Ken Jennings is undoubtedly the most famous Jeopardy! contestant, having had a record-setting 74-game win streak in 2004 that earned him not only $2.52 million but status as a household name. (Who can forget his response when facing defeat at the, uh, hands of IBM supercomputer Watson?: “I, for one, welcome our new computer overlords”—a line borrowed from The Simpsons.)

The producers of Jeopardy! recognized the power of having a highly regarded ambassador. Jennings was invited back for five tournaments between 2005 and 2020 and was later brought on as a consulting producer. The show has announced that he will be one of several interim hosts who will deliver answers once the last of Trebek’s pre-recorded episodes ends in 2021.

While it may seem obvious to amplify the voices of superfans, it’s not a lesson every brand has learned. Consider Tony Piloseno, creator of the @tonesterpaints TikTok account on which he had amassed more than 1 million followers by posting mesmerizing videos of himself mixing paint colors at his job. His employer’s response? Sherwin-Williams fired him.

Thankfully, Florida Paints—a small business with a staff of 200—saw the value in having an ambassador like Piloseno. They quickly reached out to him, offering him not only a job but an entire “Tonester Studio” where he can continue creating his art. They gained not only a vocal advocate, but an immeasurable amount of earned media.

There Is No Expiration Date on Icons

There are two things I remember about the Atlanta Summer Olympics in 1996: the terrorist pipe-bomb attack (and the horrific ordeal suffered by the falsely accused Richard Jewell) and the triumphant moment when boxing and human rights icon Muhammad Ali burst back onto the scene to light the Olympic flame during the Opening Ceremonies. His arms were shaking as a consequence of Parkinson’s disease, but the world’s reaction was instantaneous and powerful. Our hero had returned.

Advanced age is not always a welcome attribute (plenty of people who have long respected Senator Dianne Feinstein would like to see her step down from the Judiciary Committee), but in the world of pop culture, suddenly old is hot—offering a sense of reassurance that some (good) things never change. Let’s face it: Betty White, age 98, is totally rocking it.

Jeopardy! has been around almost as long as I have, and in those 56 years, it has had only four hosts. Trebek was the face of the show for a remarkable 36 of them. As orange juice brand Tropicana learned the hard way in 2009 with its botched packaging redesign, sometimes people prefer the tried and true.

While Jeopardy! is most known for the answers and questions (in that order) on the big blue board, the Q&A that Trebek had with contestants between rounds played an important role too.

Trebek’s mini-interviews throughout each episode ensured contestants weren’t just names scrawled on podiums. They were people, with jobs, hobbies, families, hidden talents, and embarrassing moments. He invited them to share their humanity.

In creating customer avatars and segmenting the “Gritty Strivers” from the “Optimistic Olivias,” marketers can sometimes lose sight of the people themselves, forgetting to give them a voice in the products and services created for them. Green fashion brand Reformation keeps customers at the core by populating its social media with user-generated content. Real people, not just the sample-sized.