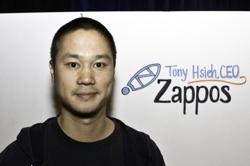 What Brand Is Your Therapist? (Or Lawyer or Accountant?)

It’s not news that this is the Age of the Personal Brand. Never before have people of all stripes had to—or wanted to—work so hard to sell their own unique service proposition. Mostly that’s a good thing for workers and businesses, but lately it has started to seem that it might be spiraling out of control, especially for sole service practitioners, who are both worker and business.

Recently I was amused by a conversation I overheard while waiting for my Chinese takeout. A young accountant had run into a woman he knew from high school and was making small talk, but he grew very animated when the subject turned to his work. He told her that this year he is a generalist, but come Jan. 1 he’ll be a forensics man. Hysterical.

I hear the same thing from my own boyfriend of many years. He never introduces himself as a lawyer but as a criminal lawyer, lest anyone ever think he’s a generalist. Lately he’s getting even fussier: a “defense litigator.”

Last month a New York Times Magazine article titled “What Brand Is Your Therapist?”struck a chord with people in that profession and beyond. In it, writer turned psychotherapist Lori Gottlieb lamented the role that branding and marketing are increasingly playing in her new profession.

After learning about branding consultants for mental health professionals, she said, “I couldn’t imagine hiring a branding consultant to lure people to the couch. Psychotherapy is perhaps one of the few commercial businesses that doesn’t see itself as one, that views financial gain as unseemly when connected to the delicate work of emotional insight. Moreover, the field is predicated on strict concepts of authenticity, privacy and therapist-patient boundaries. Branding was the antithesis of what we did.”

But she gave in and worked with consultants after she discovered the challenges of luring new patients and making a livelihood in what the American Psychological Association has pointed out is a practice in decline: Thirty percent fewer patients received psychological interventions in 2008 than they did 11 years earlier, according to this article.

The first branding consultant she hired told her she needed an angle, that she wouldn’t make it as a generalist. She cited examples of therapists who had grown their business by positioning themselves as, say, specialists in helping modern families navigate digital media, rather than simply helping patients manage grief or depression.

Gottlieb even found her way to a marketing firm called ShrinkWr@p (with the tagline “Websites even Freud would envy.”). The firm’s founder told her that a simple, professional-looking website wouldn’t be enough. It she wanted clients, she needed a brand (as well as a presence on Facebook and Twitter, once anathema to the boundaries of the weekly hourlong session).

The article went on in this vein for another few thousand words, before concluding that “the thing about branding is that it feels never-ending.”

It inspired me to reach out to sole practitioners in other fields and ask how super-specific their labels must be now for them to feel well branded. I started with my criminal litigation specialist partner, Jim Diamond, who responded: “The public has gotten used to looking for lawyers who handle the precise type of matter they have at that moment, and their first question is how many matters like that have you handled. So lawyers have to cater to that perception and find a way to gain a reputation for that precise expertise. With state licensing, the majority of lawyers are forced to develop that niche regionally, so clients are searching for narrow practice areas within a narrow geography.”

“You have to have a brand in the publish-or-perish world [of academia] or you won’t be promoted,” wrote Rita Gunther McGrath, an associate professor at Columbia Business School. “The deal is to write an article that then becomes a ritual citation for other academics, because often citation count is used in tenure decisions. So you’ll see people frantically sending anything they publish to other people who publish to get them to cite their papers. But it’s all very much a prestige pecking order—if you are at a top school, you’re much more likely to get the support that will eventually get you published than if you are at a lower-tier place, and so on. So if you’re at a Harvard or Columbia, that cachet kind of spills over, whether you’re much good or not.

“The other thing to do,” she said, “is blather away at academic conferences so that other people will hear your ideas and associate them with you. The brand has to be ‘on message,’ though, as in filling in the sentence ‘You can’t think about XXXX [academic concept] without thinking of so-and-so.’ Then, if you’re lucky, you get lots of Ph.D. students to work under you, who cite your work as foundational and enhance your brand further.”

I also reached out to branding consultant Mark Stevens, CEO of the marketing firm MSCO and author of the best-seller Your Marketing Sucks, to ask how much service professionals need to focus on their branding. His response was that, yes, service providers “must have a distinction that separates them from the mass of generalist practitioners. In fact, it is from this unique aspect of what they do that their marketing gains its firepower…. Because the competition is so intense and the buyer so selective, that the wise niche players are the ones who thrive. For the most part, the others get lost in the dust.”

In other words, don’t expect this trend to go away.