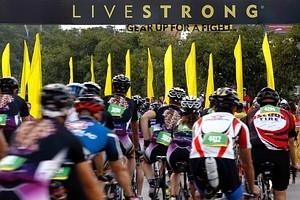 It used to be that if you were famous and you screwed up, the path to redemption was clear: Hire an old-school, big-name publicist to keep yourself out of the news for a while, then orchestrate a high-profile comeback (think a self-deprecating turn on “Saturday Night Live”) to prove that you’re sorry, you’ve worked on redeeming yourself and you’ve changed. You’re no longer that foolish person who did that stupid thing. You’re better than that.

The news that Nike dropped its sponsorship and severed ties with Lance Armstrong got me thinking about how all that has changed. In the age of “Celebrity Rehab,”you don’t need the fancy publicist to spin you back into good standing, there’s no one place to make a comeback for all to see and, most important, there is no luxury of hiding out for an interval of private contemplation. Today’s radical transparency means you have to show the process—or, conversely, don’t even have one. The people who have successfully rebooted their brands have owned their mistakes without letting those mistakes define them. If they messed up, they acknowledged it and moved on, focusing instead on the things they want to be known for.

Nike’s decision is big—it didn’t drop Tiger Woods during his sex scandal, and it took back Michael Vick—and is not Armstrong’s only blow. He stepped down from his cancer-fighting charity Livestrong just minutes before Nike’s announcement. It was an interesting move, considering that doubling down on charity projects is another page from the old-fashioned playlist. Then again, Armstrong has hardly been a model of healthy living, which certainly wouldn’t help his foundation’s brand. He’ll have his work cut out for him.

Another of the fallen-from-grace is Wyclef Jean, whose Haiti earthquake-relief charity Yéle Haiti faced allegations of mismanagement and improper expenditures from the New York Attorney General’s office, lawsuits over unpaid debts and other accusations. To be sure, Yéle Haiti, which closed in September, has been acknowledged for doing much good work in Haiti after the earthquake, but Jean himself has not escaped scrutiny. His run for president of Haiti didn’t work out so well either. As he continues to address those scandals, he took an interesting tack at distraction last week, posing in his skivvies on a motorcycle to celebrate his 43rd birthday. But that was just before the announcement that he had booked a recurring role on the new CBS show “Nashville.” My agency worked with Jean from shortly after the earthquake until shortly after he was named ineligible for the Haitian election. I admire him immensely and know him to be selfless, especially when it comes to his homeland, but he does enjoy the glamour of provocation—that’s his brand essence. Or maybe he should be known as Brand Elastic. He always seems to rebound.

Overall, charity can serve many great purposes in terms of branding. Look at Bill Gates. He wasn’t rebounding from a particular mistake but trying to redefine himself as something other than the absurdly wealthy founder of a successful company that makes ubiquitous software everyone loves to hate. He didn’t create the Bill & Melinda Gates Foundation to rehab his image, of course, but out of genuine desire to do some good in the world.

Ted Kennedy did the same with hard work and genuine passion for his causes. As a senator for nearly 47 years, he had a fear of taking a stand (perhaps because he had already been vilified and survived it; whatever lumps he took for legislation wouldn’t be a big deal). More than 300 of his bills became law, and he played a major role in passing laws that improved immigration, cancer research, health insurance (he was a big proponent of universal health care), apartheid, disability discrimination, AIDS care, civil rights, mental health benefits, education and volunteering. Now when many people think of Ted Kennedy, they think of the unabashedly liberal Lion of the Senate, not Chappaquiddick.

Then there’s David Letterman, who got through his intern-sex scandal with barely a bruise. He honestly and directly told his viewers (and anyone who heard about it and cared to watch later on YouTube) what he’d done, then moved on. That’s another truth of rebooting your brand now: You have to be honest. Social media and our 24/7 news culture have made us all too smart to be fooled by any attempts to simply distract us. Letterman went back to doing what he does best, making us laugh, and soon we’d all but forgotten about his indiscretion. Perversely, his handling of it all even added to his cool quotient.

There’s a simple lesson in all of this for Lance Armstrong and anyone hoping to do a bit of personal crisis communications: Don’t spin. Acknowledge, hold your head high and let your work speak for itself.