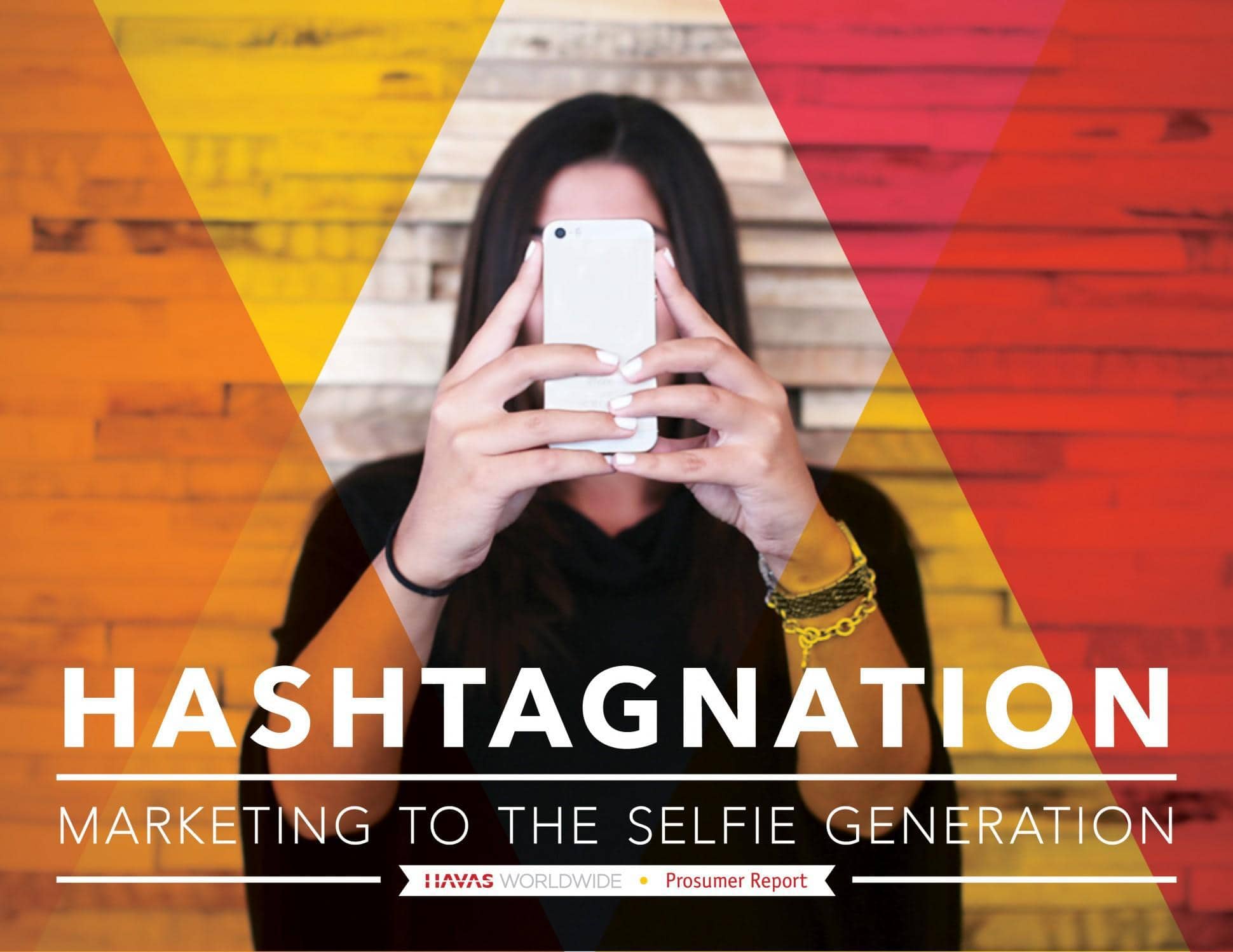 Does anyone even need to say anymore that the old communications rulebook has been torn up and thrown out, and that new ones are constantly rewritten? The only truism for marketers today is that the old truisms rarely hold true.

That’s especially the case when brands are trying to reach adolescents and young adults. What worked for the Me Generation and Generation X doesn’t make much sense for the Selfie Generation, who would rather share self-portraits on Instagram than watch a broadcast TV show or read a mainstream magazine. But how can marketers get into that social space in a way that feels real and believable and, more important, is effective?

To find out, my agency, Havas Worldwide, undertook a survey of more than 10,000 people ages 16 and up in 29 markets around the world, asking about their relationships with brands. The resulting Prosumer Report, “Hashtag Nation: Marketing to the Selfie Generation,” offers insights into how brands can meet expectations and be relevant in today’s youth culture.

This generation may be young, but, when it comes to marketing and brands, they’re savvier than any that has gone before. They innately understand marketing and their value as consumers. They’ve grown up seeing near-daily evidence of the power of ordinary people to use social media to compel a company to behave better. To them, their relationship with brands is one of equals. So it’s a real problem that 41 percent of them say that brands don’t take young people seriously enough.

Some good news for marketers: Sixty percent of the study’s under-35s consider brands to be an important source of online creative content. And nearly as many like it when brands ask them to get involved through crowdsourcing or content creation—for instance, inviting Facebook fans to vote on products to be featured (
has had success with this). Or asking customers to submit videos or Instagram images. Virgin Mobile did that well last year with its mashup of user-submitted Vines, which were turned into a commercial that ran on
and Comedy Central. Sharpie also has done a good job connecting with its customers through a gallery of images posted by its fans on the brand’s Instagram page.

Giving young people conversational currency is another good strategy for brands, especially now that we all share our adventures with thousands of others. Jameson Irish Whiskey pulled this off with a Jameson Cult Film Club screening of Fight Club thatgave participants a chance to prank a friend into believing he was in for a bare-knuckle fight. Pranksters and punked alike ended up with a great story.

Inserting the brand into pop culture is another great “in,” but it pays to stay away from the mainstream. Instead, find ways to play to the passions of micro-audiences. And an endorsement—preferably unpaid—by a big-time influencer never hurts. Sixty percent of our under-35s say they feel good when they see someone they admire using the same brand they use. Any brand can do this. Even Depends underwear had success by partnering with indie pop duo Capital Cities for a free concert in support of the brand’s Underwareness campaign to spread the word that incontinence is not a problem limited to the aged.

Finally, there’s technology. The tech brands young people favor become part of their identities—are you an iPhone person or a Samsung person? Xbox or PlayStation? These devices have reinvented social bonds, giving us new ways to communicate (Skype, Snapchat) and even meet (Tinder). And they embody the future and all things cool. Young people want in on that.

That means every brand can and should be a tech company—putting digital at the core of its products and services.
gets it; it is using 3-D printing to let customers personalize their Stan Smiths in a pop-up store in London and has created interactive digital windows that let people shop at storefronts after hours. Oscar Mayer gets it, too, having come up with an alarm clock device and app that wakes users to the sizzle and scent of bacon—a promotion that earned it more than 450 million media impressions.

Sure, it would have been easier to simply focus on athletic apparel or on meat, but if they’d stuck to the old methods, these brands wouldn’t have been seen or heard by Hashtag Nation. Others should follow their lead.